Yesterday, Hawaii’s Governor Neil Abercrombie signed Hawaii’s civil unions bill into law. The law will become effective next January 1, but it is finally done. A few posts ago, I mentioned that this is in keeping with the Aloha Spirit, and the general attitude in Hawaii. Below is footage of the signing ceremony. The first 3 and a half minutes, his opening remarks, are particularly interesting, as he reflects on how this is a natural step in Hawaii’s progress and in keeping with traditional values. The theme of inclusiveness and justice certainly run through Hawaiian language. He’s very impressive - Hawaiians elected the right governor.

He briefly touched on the concept of ho’oponopono. This is an ancient Hawaiian conflict resolution process which is kind of a cross between a prayer circle and mediation. It means “to make right”. The Hawaiian word for righteousness is “pono”, but it also implies a sense of justice, and ethics, as well as morality. And the title I used for this post, Hawaii Pono, refers to a good or just Hawaii. 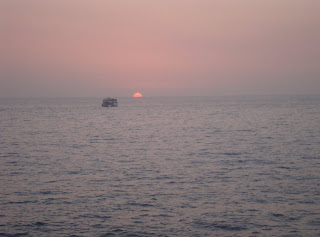 It's beautiful to see outmoded, intolerant thinking starting to drift off into the sunset
Posted by Evan at 9:50 PM